During mid-April of 2019, Pearl City High School Charger Robotics traveled to Texas for about half a week before heading up to Kentucky to compete in the 2019 VEX World's Championship.

While in Texas we stayed in San Antonio, and then road tripped the 3 hours to Dallas. We watched a Basketball game at the AT&T Center. We visited the Alamo, the Tower of Americas, NASA Space Center, and we also toured the AT&T Stadium. We also got to watch a hockey game at the American Airlines Center.
After spending about half a week in Texas, we all were ready to head up to Kentucky to compete against the best of the best from all over the world ranging from states all across the US, Canada, New Zealand, China, Japan, United Kingdom, Mexico, Puerto Rico, Columbia, Philippines, Spain, Panama, Germany, Turkey, Vietnam, Tunisia, and so many other places.

All the teams that qualified from all around the world gathered at the Kentucky Exposition Center for 4 days. The first day, April 24th, consisted of all the teams settling in and constantly practicing after setting up their pit area. The next two days, April 25th & April 26th, were comprised of qualification match after qualification match. The last day, April 27th, started off with the elimination matches, then everyone gathered in Freedom Hall to watch the finals, awards ceremony, and the most anticipated Game Reveal.

The high school division were comprised of a total of 579 teams and they were all split up into 6 different divisions: STREAM (Science, Technology, Research, Engineering, Arts, and Math). It was fun getting to see other Hawaii teams that qualified throughout the 4 days. Teams 359A, the Hawaiian Kids, from Waialua High & Intermediate School; 2437A, Lancer Robotics, from Sacred Hearts Academy; and 2460A, Kohala Kowbotics, from Kohala High School.

Team 4142B was in the Technology division along with 96 other teams one of them being Kohala. We allianced with Kohala and together we competed in the Round Robin 16. Unfortunately, we lost to powerful opponents: 12G,  Puzzles?, from Potomac School in McLean, Virginia and 1533M, Eclipse from Land O Lakes, Florida with a score of 28 points to 4 points. 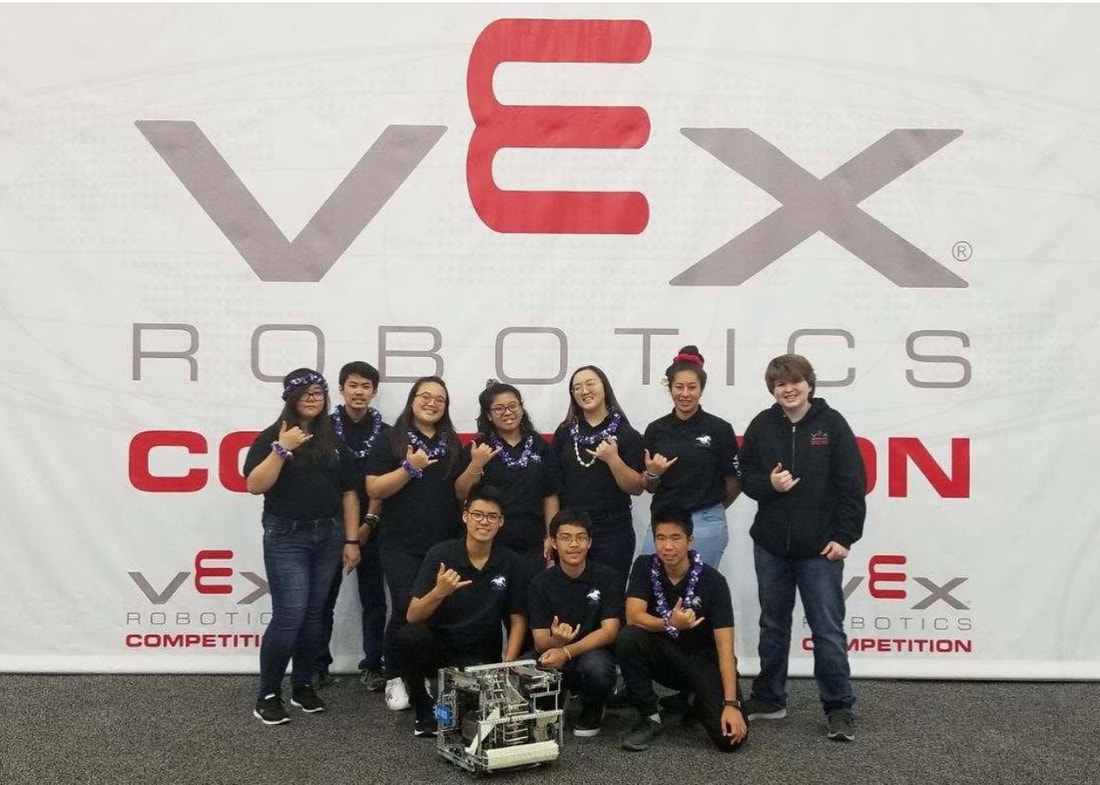